The northbound passing lane, between Elliott Creek and Round Prairie Roads, would provide an additional opportunity for motorists to pass slower moving vehicles between Hayes Hill and the Applegate River Bridge. The project is not scheduled to begin until 2009.

“The passing lane will hopefully reduce driver frustration, which could then lead to poor passing decisions,” said ODOT Project Leader Jayne Randleman. Traffic is projected to increase on the highway connecting Interstate 5 and the California coast, especially with slower moving recreational vehicles and trucks.

ODOT staff has a held two public meetings with Wonder-area neighbors regarding the project and concerns over safety, signing and delineation. The project would use existing state right of way. 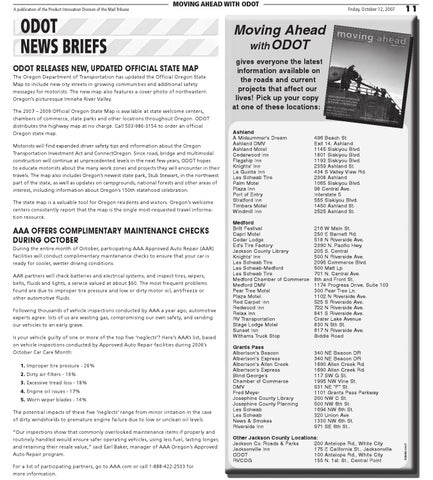