After a 15-year career with ODOT, John Vial departed in February to accept a job as the new director of Jackson County Roads and Parks Department.Vial spent the last 11 years working as the Rogue Valley District Manager and oversaw maintenance operations in Jackson and Josephine counties.According to ODOT Region Manager Paul Mather, the agency has selected Shawn Stephens to serve as the interim District Manager while the recruitment and interview process is completed.

The proposed Ashland Welcome Center and Rest Area project is the focus of the next edition of the live TV talk show, Moving Ahead with ODOT.Gary Leaming, the ODOT project spokesman for the Rogue Valley, will host.The live program airs at 6 p.m. on Wednesday, March 7 on Rogue Valley Community Television (RVTV) government channels in Jackson and Josephine counties. The program features a call-in segment that offers viewers the opportunity to ask transportation-related questions.Moving Ahead with ODOT also rebroadcasts several times each month. The dates and times on the RVTV web site: www.roguetv.org.

‘To our knowledge, no other states have a plan like this,’ David McKane, ODOT Motor Carrier Investigations, Safety and Federal Programs manager. ‘Everyone has a stake in enhancing highway safety. Everyone should know that Oregon has an open door policy about ideas and suggestions. Working together we can make a difference.’Visit the ODOT Motor Carrier Web site to download a copy of the safety action plan and to get more information, www.oregon.gov/ODOT/MCTD. 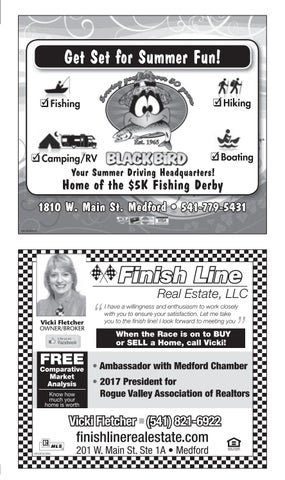