Buckle up; every person, every trip.

‘I keep hammering away with that message because the lack of safety belt use was a major factor in half of Oregon’s traffic deaths last year,’ said Rosalee Senger, regional traffic safety coordinator for the Oregon Department of Transportation.

‘Consistent, proper safety belt use and child safety seats are the single most effective way to protect your family on the highway.’

According to Senger, more than a third of children injured in crashes last year were unrestrained, held on laps or using adult belt systems instead of appropriate child seats.

Oregon’s Child Passenger Safety Law raised the age and height limits for children who are secured with safety belts, requiring children to use booster seats until they are at least 8 years old or taller than 4 feet 9 inches.

The law, which took effect in July 2007, also requires infants to ride in a rear-facing car seat until they reach 1 year of age and 20 pounds.

Since passage of the adult seat belt law in 1990, statewide crash fatality and injury rates in Oregon have each dropped 43 percent. In 2007, Oregon seat belt usage went up to an all-time high of 95 percent (front seat occupants) and 97 percent (all seating), placing Oregon among the top five belt-use states. The nationwide belt use average for front seat occupants is 80 percent.

Proper use of safety restraints

Proper use is required by Oregon law and means using the entire belt system, lap belt low across hips, and shoulder belt over collarbone and crossing center of chest. Belts should be free of slack and lying flat with no twists or knots. If the shoulder belt portion of your adult safety belt rides up onto your neck or feels uncomfortable, you may increase your comfort by sliding the built-in adjuster up or down or by moving your seat position.

Do not place your shoulder belt under your arm or behind your back – this can cause serious internal injuries or ejection in a crash. For help with repair, installation or retrofitting of safety belts, call your vehicle dealer or vehicle manufacturer’s customer service department.

ODOT strongly recommends that children aged 12 and under ride in rear seating positions. Research indicates that such rear seating reduces the risk of injury by 37 percent for that age group. For help with child safety seats, refer to the seat manufacturer’s instructions, vehicle owner’s manual or call the Alliance for Community Traffic Safety (ACTS) Oregon Child Safety Seat Resource Center at 1-800-772-1315.

For more information about the ODOT Occupant Protection Program, go online to http://www.oregon.gov/ODOT/TS/safetybelts.shtml. 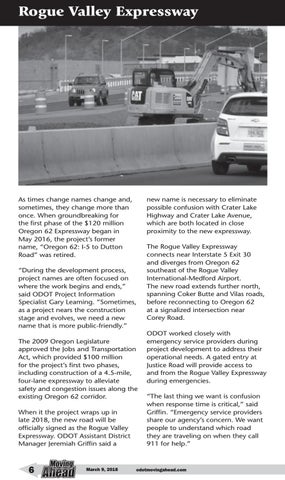