The April 9, 2009 Moving Ahead cover depicts the economic effects of highway construction in Oregon. Competing in the Group A category for publications with a circulation of 20,001 and above, the Mail Tribune edged out the Portland Tribune for the first-place award. Judging was based on tie-in with the section, effective communication of idea, and impact on readers. 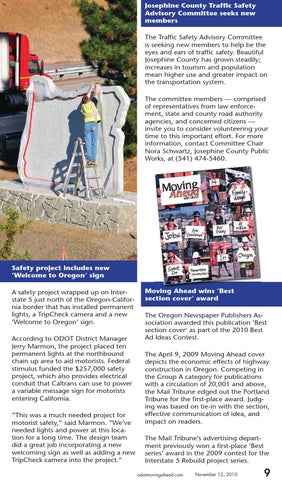