Oregon 99 and 140 corridor plans up for public review

ODOT hosted three November open houses to share information with the public. The corridor plans are designed to improve safety and capacity on those roadways over the next 20 years.

“We are continuing to accept public comments on these corridor plans until the first of the year,” Guevara said. “The goal is to complete the draft and final plans next year.” 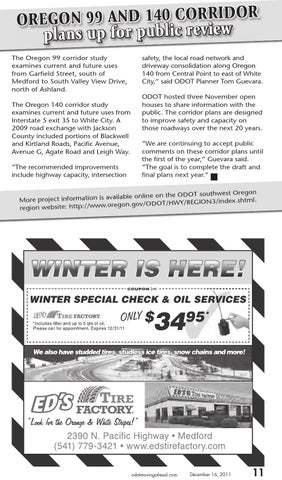