The November reopening of the Siskiyou Line signals a new, vibrant era for freight rail shipping in southern Oregon that will create long-lasting, positive effects for the local economy as well as improving safety on the Interstate 5 corridor.

“The reopening of the Siskiyou Summit Line is a big win for our local economy, and it will help create jobs in southern Oregon communities,” said U.S. Rep. Greg Walden. “The line will give added flexibility to local businesses to help get their products to market quicker and at a lower cost. And it will help improve transportation efficiency and safety on our highways.”

The fact that the Central Oregon & Pacific Railroad’s Siskiyou Summit Line would benefit from rehabilitation was evident long before it closed in 2008. However, the nationwide reality is most rail facilities experience challenges because the direct return on investment for the managing company from facility upgrades are not covered by additional revenues.

During the Siskiyou Summit Line closure, timber companies and other southern Oregon manufacturers had to ship by freight rail north to Eugene to meet the Union Pacific Line and southwest markets.

Much of CORP’s Siskiyou Summit Line, which first opened in December 1887, had been constructed at the turn of the last century. Tunnel 14, located south of Ashland, was in such bad shape that some of its 175 timber supports were collapsing. Tunnel repairs included spraying the walls with shotcrete and adding new rail, ties and ballast, the rock foundation for the rails.

A diverse, regional coalition of public and private stakeholders from Oregon and California supported getting the project moving. The project was awarded $7.1 million from the TIGER (Transportation Investment Generating Economic Recovery) Discretionary Grant program, which invests in road, rail, transit and port projects that promise to achieve critical national objectives.

Each project is multimodal, multi-jurisdictional or otherwise challenging to fund through existing programs. Applications were evaluated through a competitive process by technical and professional experts at the USDOT, and project benefits were analyzed to ensure that limited funds were spent most effectively.

The Coos-Siskiyou Shippers Coalition was at the forefront of bringing together industry, CORP, and local, state, and federal government representatives to pursue the TIGER grant.

Completion of the Siskiyou Summit Railroad Revitalization project reopened 95 miles of track, so freight trains are once again running the entire 296-mile short line between Eugene and Weed, California.

“This project will benefit California to Oregon, with jobs for all of us,” said Roseburg Forest Products President and CEO Allyn Ford.

U.S. Rep. Walden joined CORP officials, freight stakeholders and other elected officials to celebrate the reopening of the Siskiyou Summit Line on CORP tracks in downtown Medford. The event included a variation on the classic ribbon-cutting ceremony, as a locomotive tore through a decorative banner to signal the line’s reopening.

History
The Siskiyou Summit Line had its starting point in 1855 and is significant as the first main line to be completed by the Southern Pacific Railroad in Oregon. Completion in 1887 provided a major north-south link and boom to the communities served. From 1887 to 1926, the Line served as the mainline between Portland and San Francisco over the Siskiyous. August 5, 1955 was the last day a passenger train traversed the Line. Freight and timber products have kept the Line functioning since.

Watch how this public-private partnership reopened the Siskiyou Summit Line, online at:
https://www.youtube.com/watch?v=xc2_2RR_wJY

Respect Trains
•    About every 3 hours, a person or vehicle is hit by a train.
•    Each year, about 900 people are injured and 270 are killed in grade crossing crashes; and more than 440 people die and 400 more are seriously injured while trespassing on railroad tracks.
•    More people die in highway-rail grade crossing crashes than in all commercial and general aviation crashes combined each year.

Walk Safely Around Train Tracks
•    Always cross at a designated public crossing with a crossbuck, flashing red lights or gates. Anything else is trespassing and you could be ticketed or fined.
•    Stay away from railroad trestles and yards. They’re private property and you could get arrested or fined. The more severe penalty could be a serious injury or death.
•    Tracks are for trains. Don’t walk or run on or beside railroad tracks or through tunnels.
•    Don’t get trapped on the tracks. Cross tracks only when you can clear the crossing without stopping.
•    Do not attempt to hop aboard railroad equipment at any time. One slip could cost you a limb or your life. 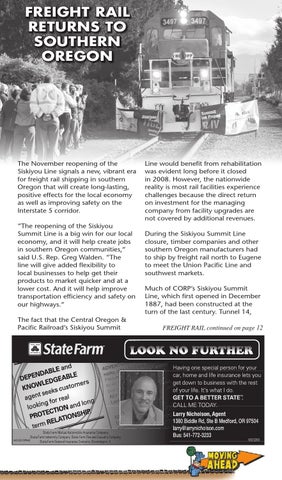